EPS has been named a Deloitte Best Managed Company (BMC) for the 5th year in a row. The company, which is celebrating its 50th year in business, now employs over 500 people between Ireland, the UK and Jordan. EPS was found to have demonstrated superior business performance for the 5th year running, a feat that was recognised at a gala awards dinner in Dublin.

The company has placed an increased focus on recruitment in recent months, as well as encouraging secondary school students to study STEM subjects, so it was a powerful message that 9 women represented the company at the award ceremony.

With International Women’s Day approaching, it was a timely reminder that careers in engineering and manufacturing businesses are not just for boys. We were proud to have women representing our marketing and communications department, operations, HR, industrial sales and our service department on the night 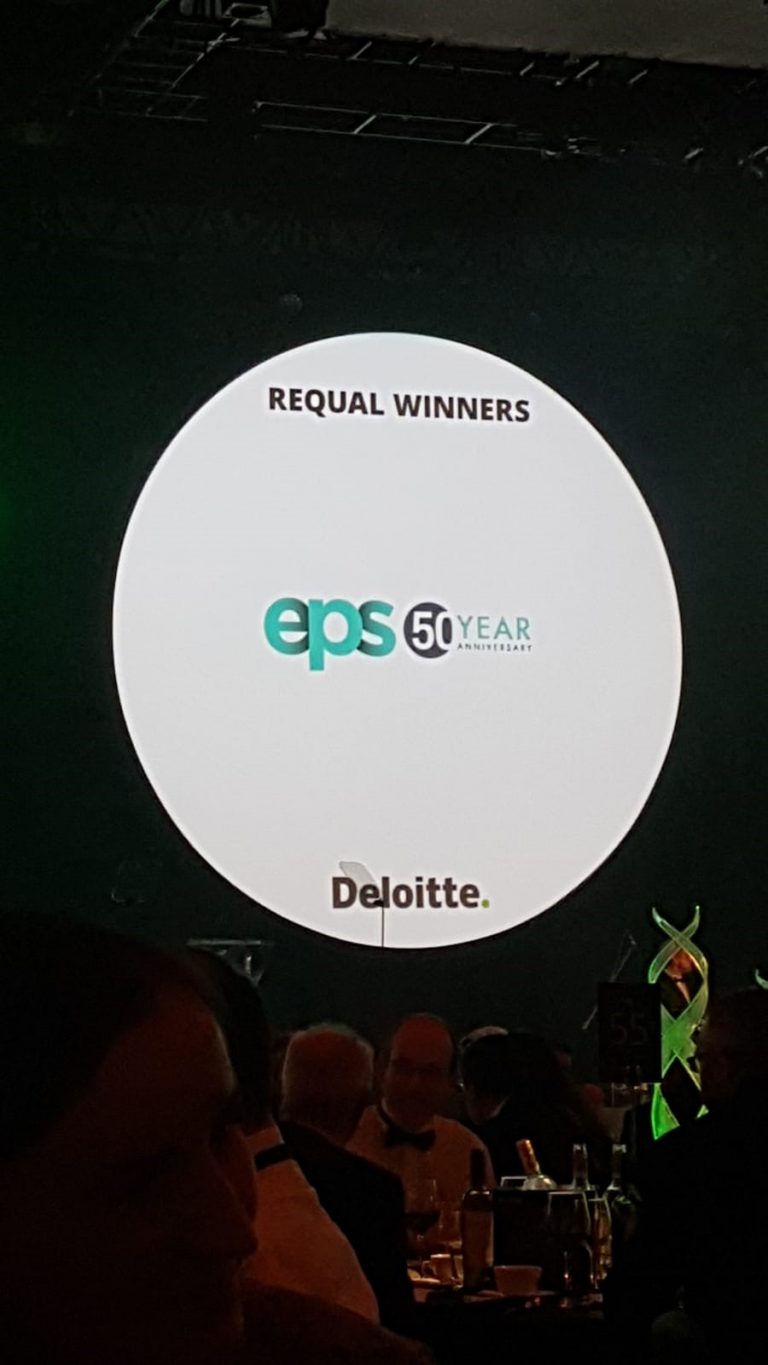 EPS has been part of the BMC programme for the past 5 years. After achieving the Gold Standard last year, the company had to undergo a requalification review process in order to ensure that it continues to uphold the Best Managed standard.

As we continue to mark our 50th year in business, being acknowledged as a for the 5th consecutive year is a fantastic way to keep the positive momentum going

Anya Cummins, Deloitte, agreed it was a huge achievement. “The Best Managed Companies process is a rigorous one, examining every facet of an organisation, and the bar is set high by our judging panel. As ever, the spread of companies, right around the country and across a number of industries, underlines the importance of Irish and Northern Irish companies to the economy and in the midst of economic uncertainty, technology disruption, an open competitive market and full employment, the continued strong performance of these businesses is admirable.  In the current environment, it is important for this contribution to be recognised, supported and showcased.”