The construction of the UK’s second wastewater treatment plant using the Nereda® process reached a major milestone on Friday 22nd June 2018 with the first discharge to river from the new process stream. The plant, located at Anglian Water’s Great Dunmow Water Recycling Centre (WRC) in Essex, provides treatment to a population equivalent of over 10,000 people and discharges treated effluent to the adjacent River Chelmer.

The project has been delivered by Anglian Water’s capital delivery partners in the @One Alliance. At an early stage, space constraints dictated that use of a conventional activated sludge process was not feasible and, following early engagement with EPS and Royal Haskoning DHV, Nereda® was selected as the preferred solution.

Nereda® is an aerobic granular sludge process, originally developed at the University of Delft in Holland and now owned and licensed by Royal HaskoningDHV. The technology is well proven with more than fifty projects worldwide and achieves high standards of nutrient removal on a significantly smaller footprint than conventional processes, whilst also delivering operational cost benefits including energy and chemical savings.

As an existing Nereda® licensee with experience of delivering and operating three Nereda® plants in Ireland, EPS were able to share past learning and apply embedded expertise to support the @One Alliance’s development, design and delivery of the Great Dunmow Project. Collaborative working arrangements and the use of a shared digital design were successful in rapidly formulating a scheme design with the buy-in of Anglian Water’s asset management and operational teams.

EPS has delivered the bulk of the mechanical works on site, including a new packaged inlet works, storm tank cleaning systems, Nereda® process equipment, FuzzyFilter tertiary treatment, pump and blower sets, instrumentation, pipework galleries and access steelwork. The majority of the equipment was facory built and delivered in a modular form to accelerate site assembly times and improve quality and safety standards on the project. Special modifications had to be made to the solution to mitigate flood risk on the site.

Working to a constrained programme, civil works began on site during last summer, with the MEICA element commencing in November 2017. Some flow was diverted to the plant in early May 2018 leading to the process being ready to discharge to river a few weeks later. Commissioning has been assisted by Royal HaskoningDHV experts who will continue to support Anglian Water in the operational phase.

This project has demonstrated the benefits that early engagement, collaborative working and digital engineering systems can bring to the delivery of complex treatment plants. In spite of the extreme challenges presented by the site and the programme, the @One Alliance and EPS have been able to meet Anglian Water’s required outcomes using smart thinking and a different way of working. We see this as a template for future projects of this type.

This has been a hugely exciting project which has brought out the best in our supply chain. It is only through a mature relationship and collaborative approach that we have managed to achieve so much, in so little time and with so many constraints placed upon us. The success of the project is a credit to all involved. 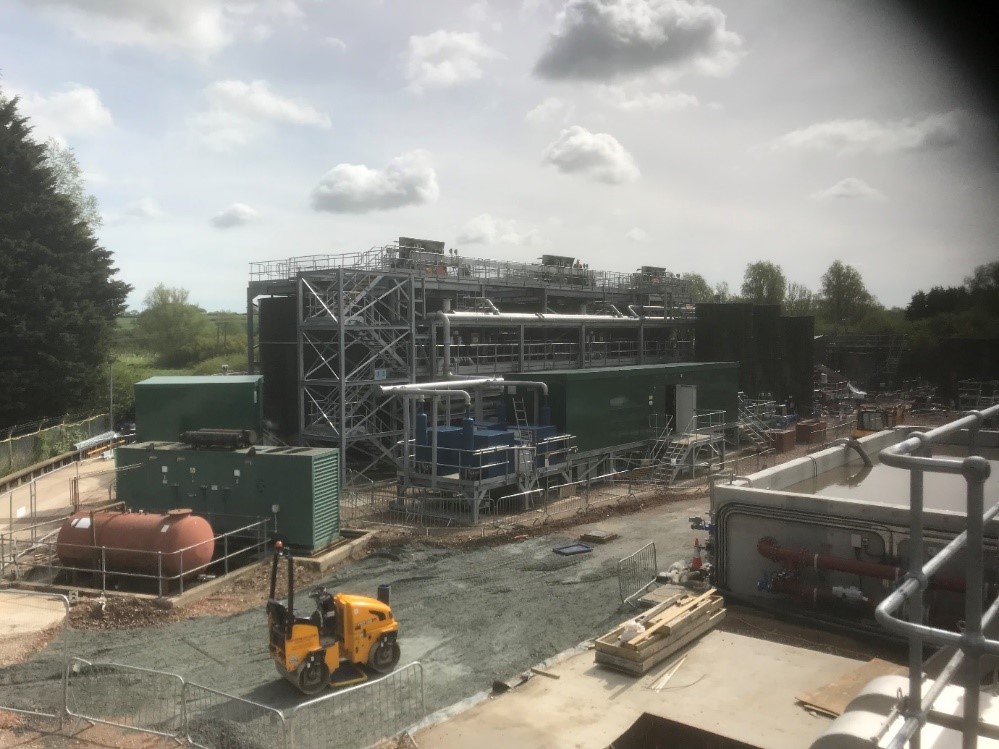