EPS retains its status as one of Irelands Best Managed Companies

EPS has been named as one of Ireland’s ‘Best Managed’ companies in the Deloitte Best Managed Companies Awards Programme. The company, which demonstrated superior business performance for the third year running, was recognised at an awards gala dinner in Dublin on 3 March 2017. 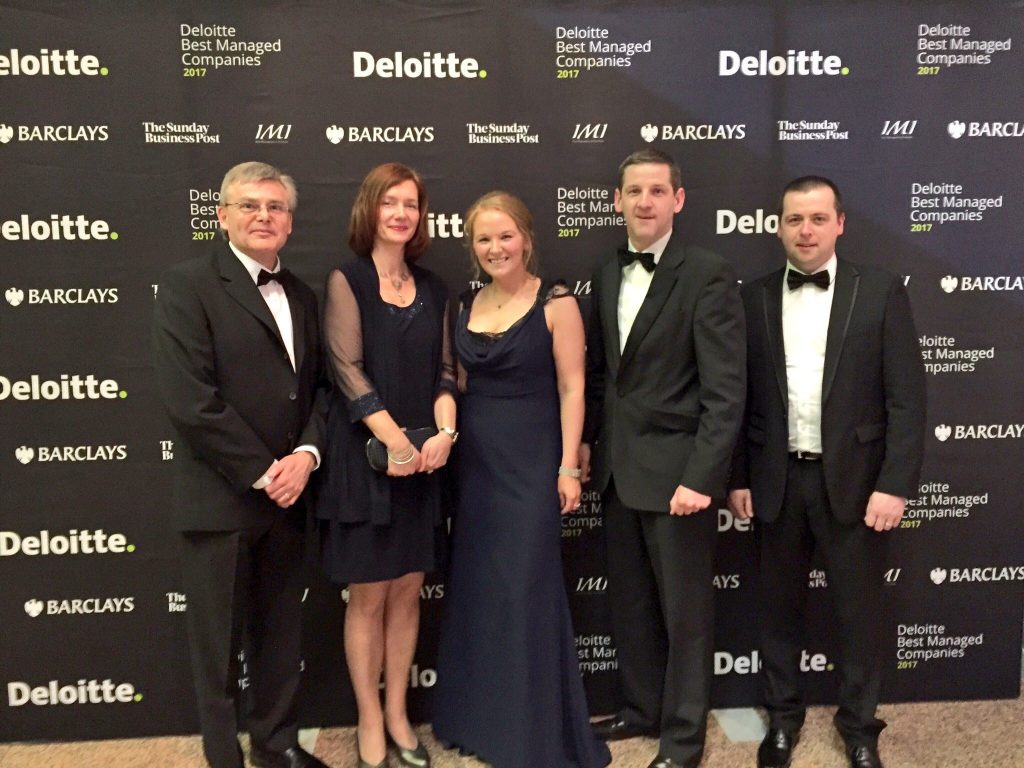 The awards event in Dublin’s Convention Centre marked the ninth year of the Deloitte Best Managed Companies awards programme, in association with Barclays Bank Ireland. The awards were attended by over 900 people from the Irish business community.

“We are delighted to be recognised as one of Ireland’s best managed companies for the third year running. The programme has been really beneficial to us as it provided a great opportunity to reflect on our journey. Retaining our “Best Managed Company” status for three years running is a testament to the hard work of the entire EPS team who have helped build the business over the last 48 years.”

Sixteen companies from around Ireland were awarded “Best Managed” status for the first time this year, following a detailed qualification and judging process. This took into consideration the complete performance of the business, looking beyond the finances at criteria such as operational excellence, strategy and human resource processes.