EPS has been named as one of Ireland’s ‘Best Managed’ companies in the Deloitte Best Managed Companies Awards Programme. The company, which demonstrated superior business performance for the second year running, was recognised at an awards gala dinner in Dublin on 4 March 2016. 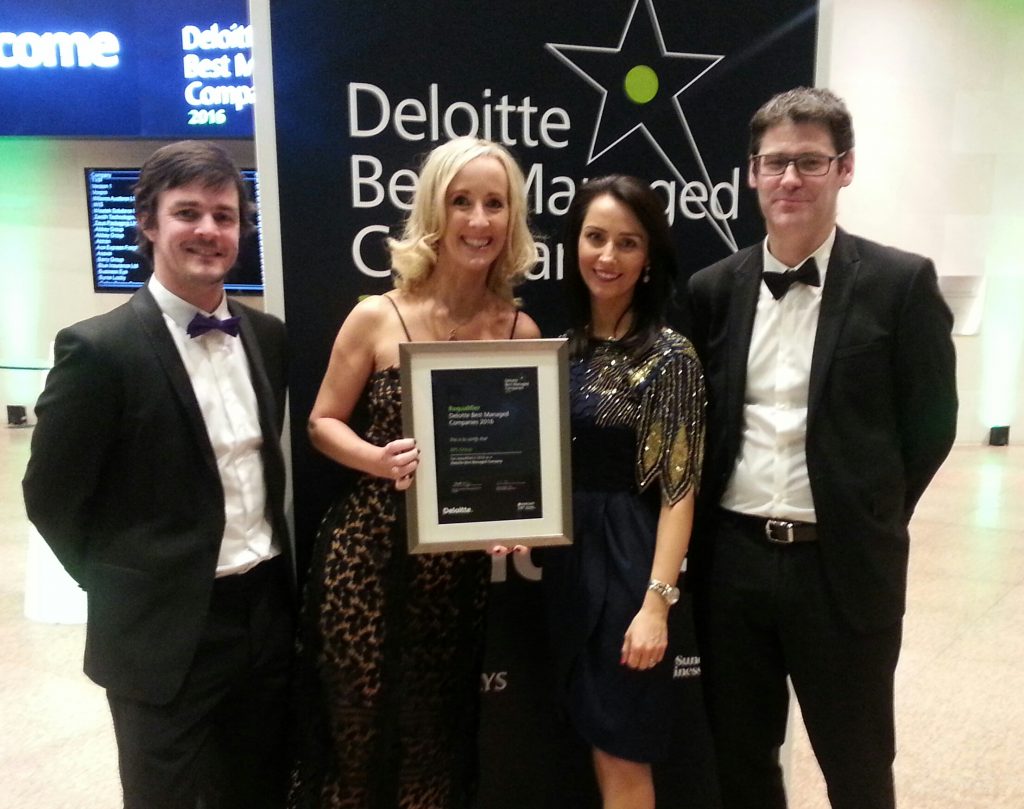 The awards event in Dublin’s Convention Centre marked the eighth year of the Deloitte Best Managed Companies awards programme, in association with Barclays Bank Ireland.  The awards were attended by over 800 people from the Irish business community.  Frank Ryan, chair of the independent judging panel, was keynote speaker on the night.

This is a very important award for the EPS team. The evaluation process required in order to maintain our Deloitte ‘Best Managed’ company status extended far beyond financial results, challenging all aspects of our business. To meet these high standards and to be retained as a Best Managed Company is testament to the hard work and dedication of the entire EPS team. It is our intention to continue to use best practices throughout the organisation going forward.

Congratulations to all the 2016 winners. All the companies here tonight are at the end of a long process of evaluation, which makes their Best Managed designation even more rewarding and valuable as a marketing tool for their business. It is clear that these companies make an invaluable contribution to the Irish economy - employing 47,000 people and generating turnover of €10bn.

Each of the companies being celebrated today have demonstrated their ability to apply best practice management across a wide range of business areas – something we have witnessed first-hand as the lead sponsor of the programme for the third year in a row. It has been a pleasure to mentor and support the management teams of these companies over the past few weeks and months and on behalf of everyone at Barclays, I would like to congratulate them on this wonderful achievement.

The Deloitte Best Managed Companies programme, in association with Barclays Bank Ireland, promotes and recognises excellence in Irish owned and managed companies. It is the only awards scheme on the island of Ireland that considers a business’ performance from every perspective. Entrants to the programme will compete for this designation in a rigorous and independent process that evaluates the calibre of their management abilities and practices.

For further information on the awards, go to: http://www2.deloitte.com/ie/en/footerlinks/best-managed-companies.html.