Originally called Kanturk Electrical and Farm Services and starting out as a partnership between Gerald Buckley and John Joe Sheehan, the company, now known as EPS, has grown to a team of almost 500.

Over the past five decades, EPS has grown from a modest electrical and pumping services business into an innovative, internationally exporting product and service provider, now focused upon the water, wastewater and clean technology sectors.

Since 1968, the company has expanded its footprint both in Ireland and internationally. As well as 3 premises in Mallow, there are regional branches in Ballyhaunis; Mountrath & Naas, Newtownards; Alton; Thetford and Lichfield in the UK, as well as Amman, Jordan.

Managing Director Patrick Buckley says the entrepreneurial spirit shown by the original founders and partners who were in their early 20’s when the business began in 1968, remains with the company to this day. “As we prepared for the 50th Anniversary, it’s been fascinating to chart the company’s growth over the decades, identifying key decisions and strategies that propelled EPS to where it is today, from capitalising on the rural electrification scheme to developing branches outside Cork in the ‘70’s; a series of acquisitions in the ‘80’s; the roll out of the Government’s first National Development Plan in the ‘90’s; designing, building and operating wastewater treatment plants in the ‘00’s to investing in digital technologies most recently.

Down through the decades, we’ve always believed in the power of collaboration, partnerships and our employees and those beliefs remain as relevant today, as the second generation looks ahead to the next half century 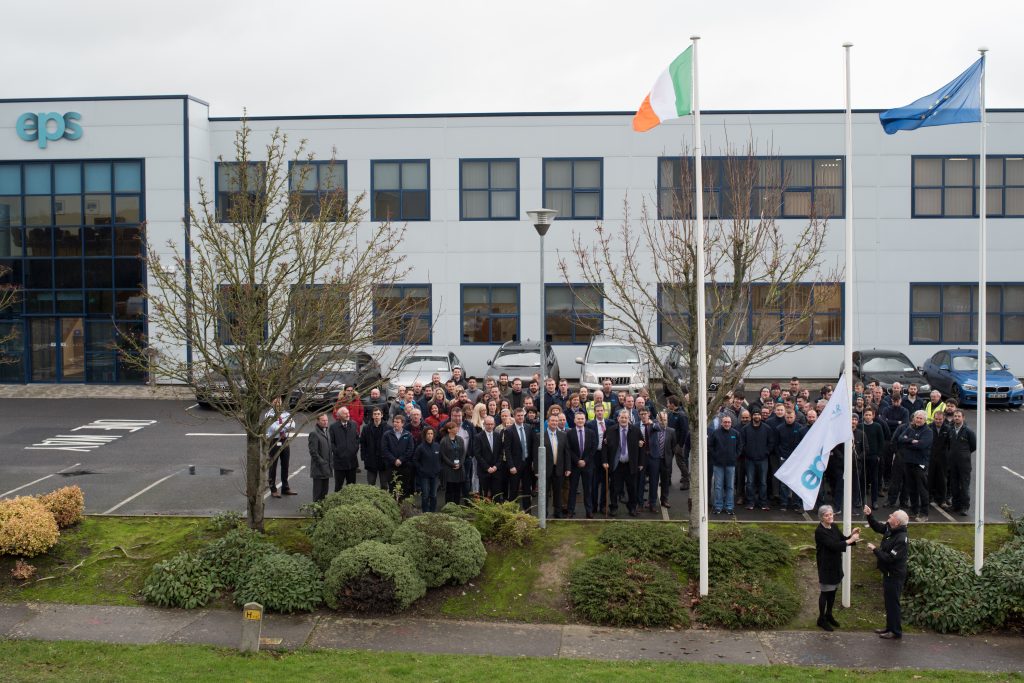 While the extent of our reach may not be widely known, EPS products and services form part of everyday life in the 26 counties of Ireland. Through our local agent network, we sell pumps to the agricultural, commercial and domestic customers, while we are also assisting Irish Water in delivering and maintaining the country’s water and wastewater infrastructure, ensuring that Ireland has safe, clean, drinkable water and treating wastewater from towns, villages and factories before it reaches our rivers and streams.