For the second year in a row, EPS received the internationally prestigious Ruban d’Honneur at the European Business Awards which took place in London on May 26th. The award is in recognition of the Group’s Environmental and Corporate Sustainability strategy, which has seen the business contribute in a positive way to its workplace, marketplace, environment and the communities in which it operates.

The European Business Awards is an independent awards programme designed to recognise and promote excellence, best practice and innovation in the European business community.  In the 2014/15 competition, all EU member markets were represented plus Turkey, Norway, Switzerland, Serbia, Croatia and the Former Yugoslav Republic of Macedonia.

Over 24,000 European companies entered the 2014/15 Awards, of which there were 110 finalists and 10 overall category winners.  The combined revenue of the entrants exceeded €1.5 trillion, and together they generated profits of over €60 billion and employ over 2.5 million people.  Six Irish companies made it to the final stage; EPS Group, Dawn Meats, Paypal, Morgan McKinley, Version 1 and Pepper Asset Servicing – the latter was voted through as the public champion.

Over the past year we have continued to make a significant contribution to our corporate sustainability strategy ensuring we are a sustainable lean business in every sense. Receiving a Ruban d’Honneur two years in a row from the European Business Awards is a real mark of distinction and is testament to the determination and passion of the entire team in EPS who continue to drive the company forward

The event was attended by leading business leaders, politicians, ambassadors and academics from across Europe.  Supported since their inception by lead sponsor and promoter RSM International, the European Business Awards is now in its 9th year and its primary purpose is to support the development of a stronger and more successful business community throughout Europe. 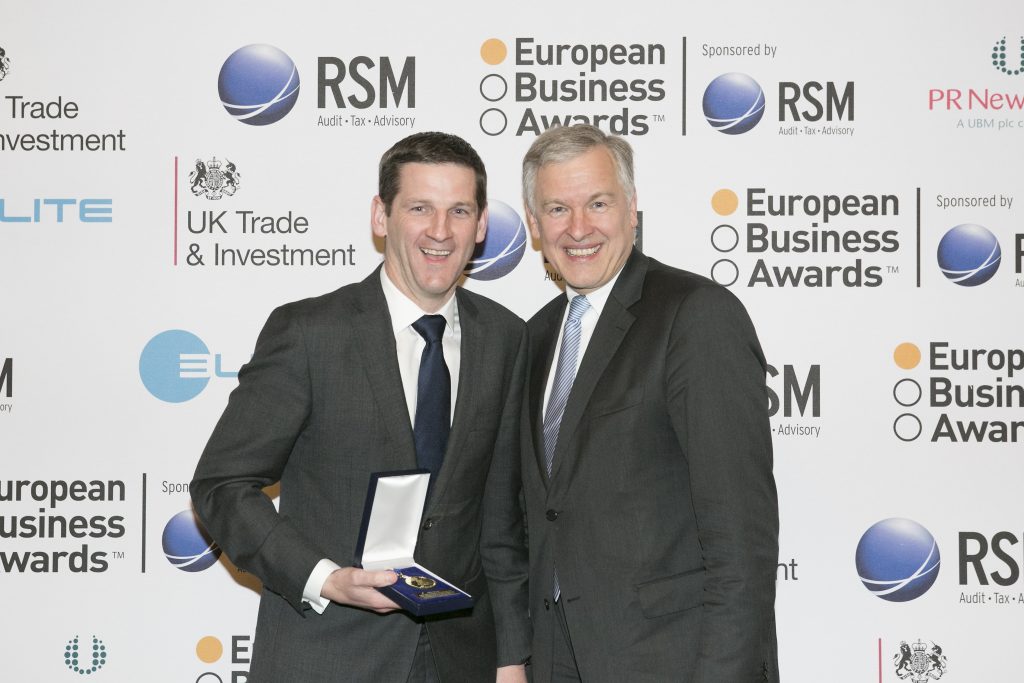